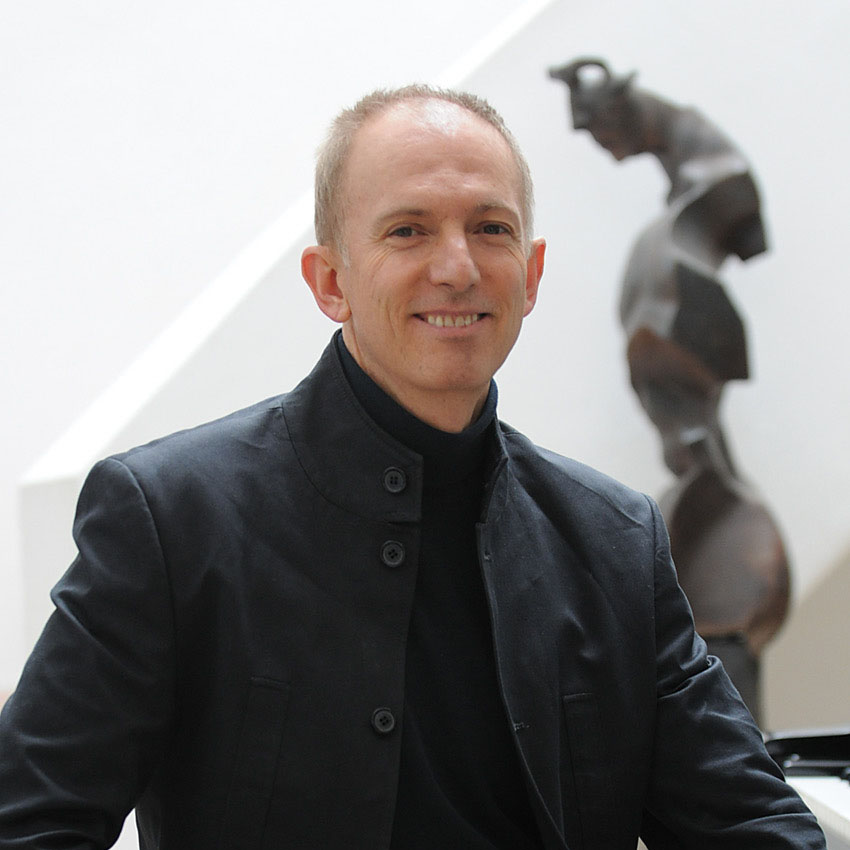 Alejandro Escuer (Mexico, 1963) is a Mexican multidisciplinary artist and flutist who has developed his own artistic and visual foundations on music interpretation and music composition, which have had an impact on his concerts and recordings. He is at ease performing as a soloist with symphony orchestra or solo recitals with piano, guitar, electronics, percussion, multimedia or ensemble. He has captivated audiences with his commitment to and delight in performing a unique selection of original works, ranging from the master pieces of all times to Latin American works and his own compositions and improvisations. He has been a driving force in for the consolidation of new music in Mexico. He has been the artistic director and producer of more than one hundred and fifty concerts with more than 50 premieres from México, Japan, The U.S., Canada, Portugal, The Netherlands, Germany, France, Korea, Italy, Spain, Hungary, Australia, Denmark, among many others. He has also received numerous prizes and awards.